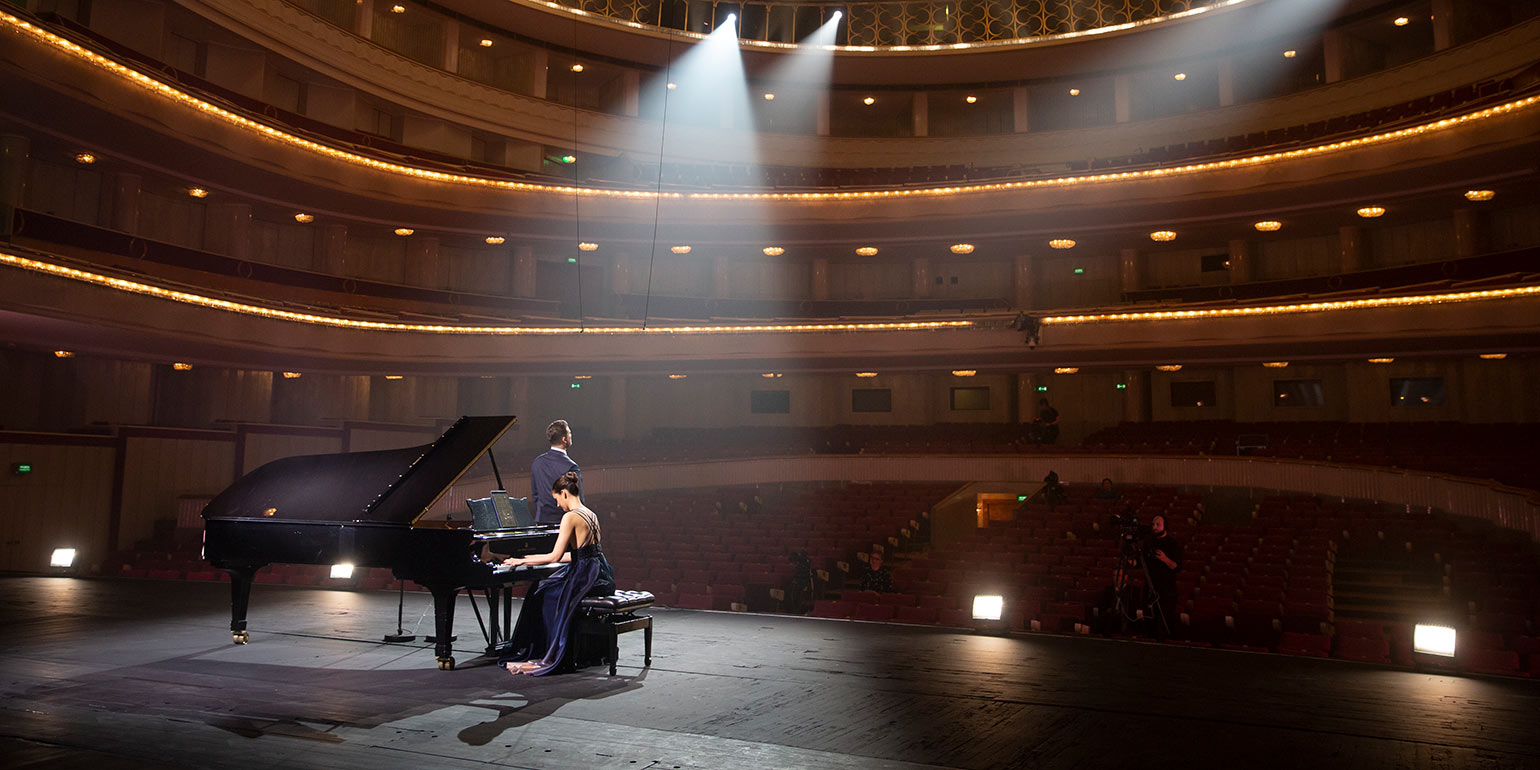 After a difficult spring for all opera houses across Europe, digital channels have proved to be a salvation for many - and an only means of communication with the audience. The Royal Swedish Opera is one of some 30 members of the European digital channel OperaVision. The special circumstances of this spring have made urged OperaVision to gather a number of opera houses for a musical season finale, a Summer Gala, aimed at the entire opera audience in the world.

In addition to the Royal Swedish Opera, the opera houses in Amsterdam, Rome, Madrid, Warsaw, Komische Oper Berlin, Opéra Comique in Paris and Glyndebourne are participating. The broadcast from the Royal Swedish Opera include world renowned soprano Nina Stemme and conductor Alan Gilbert. In addition to music by Wagner, accompanied by the Royal Swedish Orchestra, Stemme sings songs by Wilhelm Stenhammar accompanied by pianist Inese Klotina.
»We never really stopped playing music in Stockholm during these strange times. Perhaps people can look at what we have done as an example of what can be possible in keeping music central despite challenging circumstances«, says Alan Gilbert.

The Royal Swedish Opera's managing and artistic director Birgitta Svendén concludes: »Although our opera house was closed during spring, we have been able to maintain contact and communicate with our audience thanks to our digital channels. We all long to meet again physically, on stage and with the audience, but we are grateful for the technology that has given us the opportunity to stay in touch«.

Welcome to the OperaVision Summer Gala.
Broadcast available for all (for free) until July 21st.