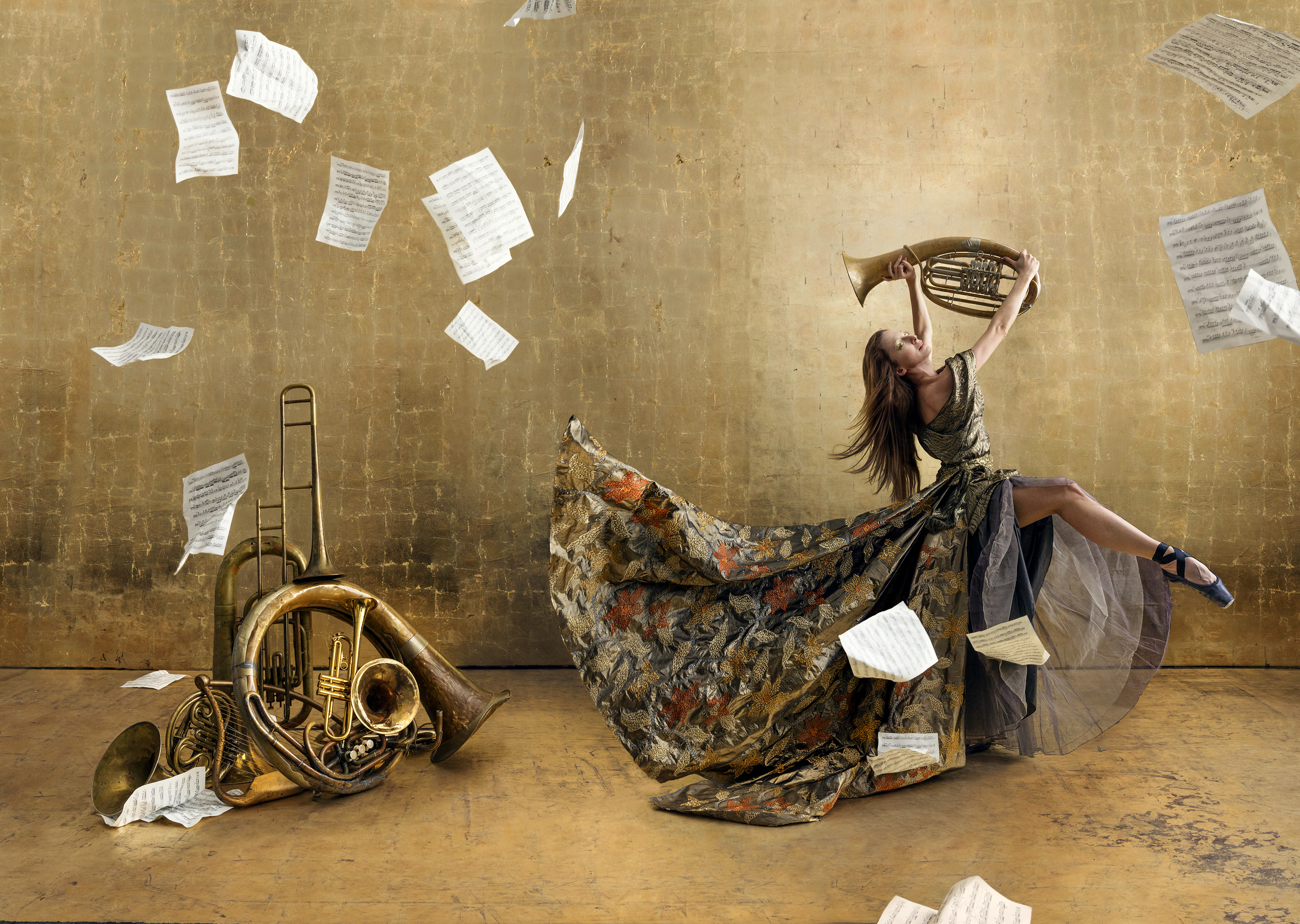 World premiere of Tristessa – a newly written Swedish opera; Sweden’s trailblazing choreographer Alexander Ekman is back at the Royal Ballet, and more women directors and conductors than before. These are just a few highlights of the Royal Swedish Opera’s autumn 2018/spring 2019 season.

As part of its digitalisation work, the Royal Swedish Opera is presenting its programme for the coming season in a world-unique way. The combination of the opera’s specially developed app and state-of the-art Augmented Reality (AR) technology takes browsing to a whole new level, guiding the reader dynamically through the programme. Images come to life and online visitors are given a taste of the music from the season’s line up.

The Royal Swedish Opera in Stockholm continues to reach more and more younger visitors, as recently shown in a comprehensive audience survey. Another key objective is to broadcast more productions digitally, making the repertoire accessible to everyone. For example, a 100 % digital work – Sharon Eyal’s Half Life in Virtual Reality – will debut for audiences on Kulturnatten, April 21.

“We want to broaden the reach of our art. Through digitalization, we will be able to present more performances in a number of new channels. And it doesn’t stop there. Digitalization will also enable us to give the audience greater insight into so much more of what’s on here at the opera house via our Operan Play channel. What’s more, we’re a partner of OperaVision, a new platform for livestreaming opera, launched last year by 30 opera companies in 19 countries.”

Also new for the Royal Swedish Opera is the #operanraw endeavour.

“Through #operanraw, we will be publishing much more material related to our premieres: mini documentaries, trailers, interviews, studio work; in other words, giving our audiences a virtual first-hand view of ongoing production work and performance preparations. It’s the opera without makeup. Hence the name #operanraw,” explains Catarina Falkenhav, Communications’ Director, Royal Swedish Opera

In the upcoming autumn 2018/spring 2019 programme, images are brought to life and music plays thanks to state-of-the-art AR technology.“The most important aspect of what we’ve done is to create a seamless transition between traditional print media and augmented reality. We’ve captured moments from the different performances using groundbreaking technology, ranging from volumetric film to 3D scanning. In this way, we’ve enhanced the upcoming season’s programme with music from the performances and in some cases the images also come to life,” says Bo Gustafsson, Creative Director at DVA Studio, the production company behind the AR experiences.

Some of the images in the general program are enhanced with augmented reality material: Tristessa, Carmen, Orlando and Nutcracker.

The Royal Swedish Opera has expanded its collaboration with women conductors, working with Julia Jones (Aida), Juana Carneiro (Carmen), Dalia Stasevska (Don Giovanni) and Karen Kamensek (Dracula). Of the six opera premiers on the programme, five of them are directed by women: Johanna Garpe (Carmen), Katharina Thoma (Tristessa) and Sofia Jupither (Rigoletto). And our Young at the Opera productions NÄR DÅ DÅ and Orlando are directed by Kajsa Giertz and Ellen Lamm, respectively.

A new production of Verdi’s Rigoletto is being directed by Sofia Jupither, who is back at the Royal Swedish Opera following Salome. Singing the title role is Karl-Magnus Fredriksson, with the role of Gilda sung by Ida Falk Winland. Premiere Nov. 24, 2018.

The first opera premiere of spring 2019 is Bizet’s Carmen, directed by Johanna Garpe, with Miriam Treichl in the title role. Premiere January 1, 2019.

Next up is the Swedish premiere of Karol Szymanowski’s King Roger, a collaboration with Teatr Wielki in Warsaw. Directed by Mariusz Trelinski, with Lukasz Glowinski and Elin Rombo in leading roles. Szymanowski’s opera was first staged in 1926 at the opera in Warsaw. The music has been compared to that of Richard Strauss, receiving accolades for its distinctive poetic tonal language filled with virtuoso arias, symphonic timbres and dramatic choral sections. This is the first time King Roger is being staged in Sweden, opening on March 16, 2019.

“My vision for the Swedish Royal Ballet is to be a key player both nationally and internationally, and for us to continuously develop and forge a deeper relationship with our audience.”

Two masters, Jiří Kylián and Angelin Preljocaj, are also back at the Royal Ballet with narrative works based on epic tales such as Greek mythology’s Icarus and Archangel Gabriel’s meeting with the Virgin Mary. Rounding up this triple-bill is a new piece for the Royal Ballet by choreographer Lukáš Timulak, inspired by the avant-garde movement of the 1920s. Premiere/World premier: February 11, 2018.

The Czech choreographer Jiři Bubeniček is behind Processen/Der Prozess, another brand new piece for the Royal Ballet. Processen/Der Prozess revolves around an absurd bureaucracy, which, like Kafka’s writings, is brutal – both physically and psychologically. World premiere, May 17, 2019.

“At Young at the Opera, we work with particularly long cycles, taking into consideration that everyone – from tiny tots to young adults – should have the opportunity to experience both dance and opera.”

NÄR DÅ DÅ, with texts, set, costume and mask design by Pija Lindenbaum, was created in collaboration with Helsingborg stadsteater. Recommended for children between 5 and 8 years of age. Premiere at the Operan’s Rotundan Nov. 11, 2018.

Young at the Opera is also presenting a new version of Orlando, with music by Handel and Johan Ramström, directed by Ellen Lamm and with Emma Sventelius in the title role. World premiere at Confidencen, Ulriksdal Palace Theatre, May 4, 2019.

Read more about the full repertoire at www.operan.se

TOP TIP! Join us behind the scenes in our very own channel Operan Play, where we’ve gathered our films, podcasts and music.

Download Kungliga Operan app at App Store and Google Play. Using the app, get a taste of the music from each one of our performances, along with images that come to life with AR technology.